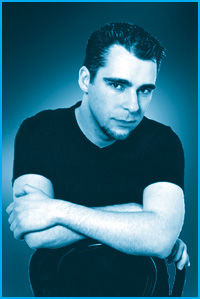 Recently, Class Comics has begun to bring new artists into the fold, and Patrick has happily been scripting stories for these talented individuals to draw. He has often said that there are more stories in his head than he could possibly draw, so this way Patrick gets to see his ideas come to life in ways he could never have imagined. He and Logan have recently completed Deimos #1. The pair are currently working on Deimos #2.

The Rapture series is another fine example of how Patrick enjoys collaborating with other artists. Patrick has written several short stories for aritsts like Ismael Alvarez, Spubba and Eric Mars. These stories feature Patrick’s characters Incubus, Naked Justice and Ghostboy and have made the Rapture series extremely popular with fans. 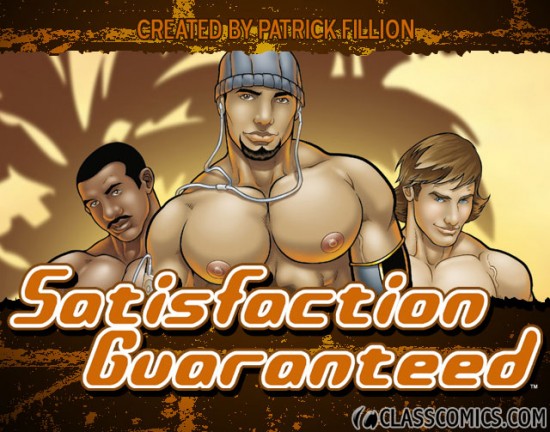 Patrick continues to create characters and stories and illustrate comics for Class Comics. His latest creation, Zahn is a huge hit with fans of Class Comics. The series follows the adventures of a gay barbarian with strange elelmental powers who must vanquish evil from his homeland. With a gay twist on the sword and sorcery genre, Zahn captivates the imagination and arouses at the same time. Zahn #1 is now available for purchase in our catalog section or at your favorite comic or book shops.

Check out Patrick’s website for more details on his creations and his art: http://www.patrickfillion.com/

To find out what Patrick is thinking about today, check out his Blog, Boytoons Magazine at http://www.boytoonsmag.com/

To see some of Patrick’s pop culture fan art, and that of other talented artists as well, check out the Artistic License Blog: http://artisticlicenseblog.blogspot.com/

Below is a fantastic portrait of Patrick which was beautifully drawn (and not at all exaggerated) by Patrick’s dear friend, the artist known as Mike! 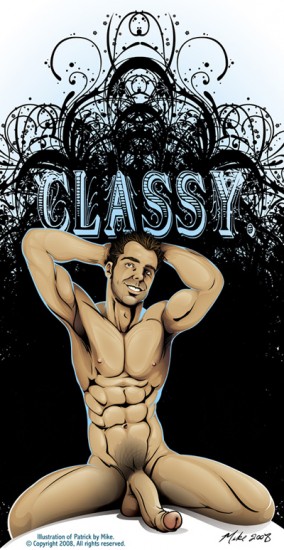