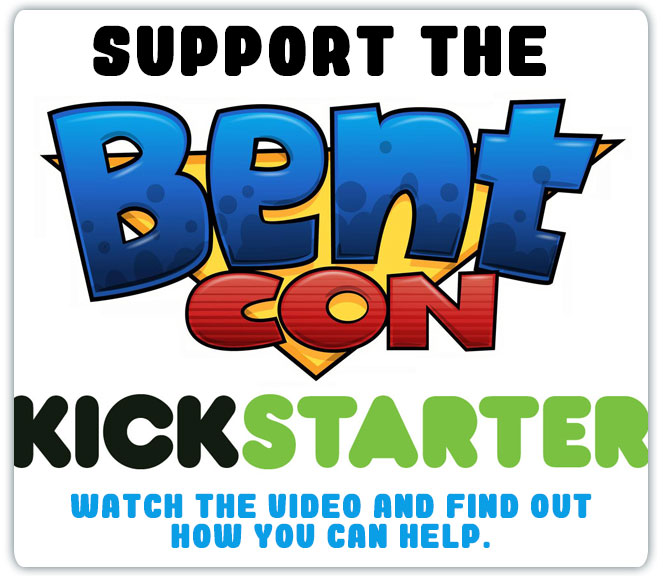 Every year we make the pilgrimage to the one convention where we can let it all hang out… BENT-CON! It’s the only place where we don’t need to cover our wares, present a censored cover, or post boring generalized posters on the wall! If you live in California, then you’ve probably already met us there!

Like all conventions however… it’s terribly expensive to run, so the good folks at Bent-Con have launched a Kickstarter campaign to help make sure the convention keeps running year after year! Check out the video, check out the Bent-Con website, mosey over to the  Bent-Con Kickstarter and make any contribution if you can!

There are some WICKED donation rewards available… including goodies from Class Comics and also Patrick Fillion ORIGINALS at a great price!

BENT-CON hosts an annual convention that celebrates, provides a forum and community for these creative genres in its various forms to present to the public comic art, writing and multi-media not normally accessible or presented through existing commercial channels.

BENT-CON is committed to encouraging the vast talent and creativity within a queer and queer-friendly environment for those passionate about sharing their respective talents with YOU — the Fans — New and not-so-new to the work found at this convention.

On November 7th – 9th, BENT-CON will be returning to the Los Angeles Burbank Marriott Convention Center for 2014 — its fifth annual celebration.