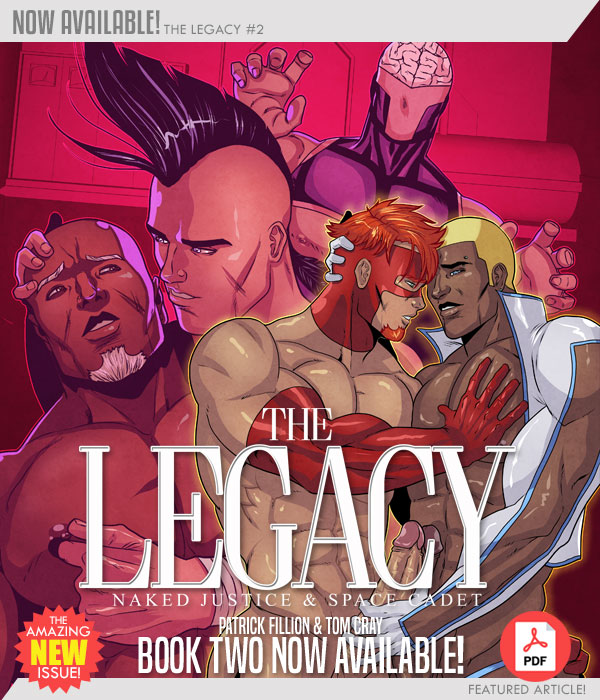 Being a superhero isn’t just about fighting bad guys and preventing world-ending events. As we see in The Legacy #2, it can be about the smaller things, like stepping up and making a difference in the community.

Clad in their skimpiest swim trunks, our heroes scrub, spray and sponge for a good cause, that is, until SOLACE, a new hunky villain shows up to spoil the fun.

Under Solace’s powerful control, Naked Justice, Space Cadet and Emil give in to their primal urges, until Solace reveals the true motive behind his sudden appearance with devastating consequences.

There are those who will stop at nothing to resurrect the past in order to secure control over the future. Let’s hope Felix and Byron can figure out how all the recent events they’ve experienced relate to one another, and how they can lead to answers about the evil awaiting its chance to strike… before it’s ultimately too late to stop it.