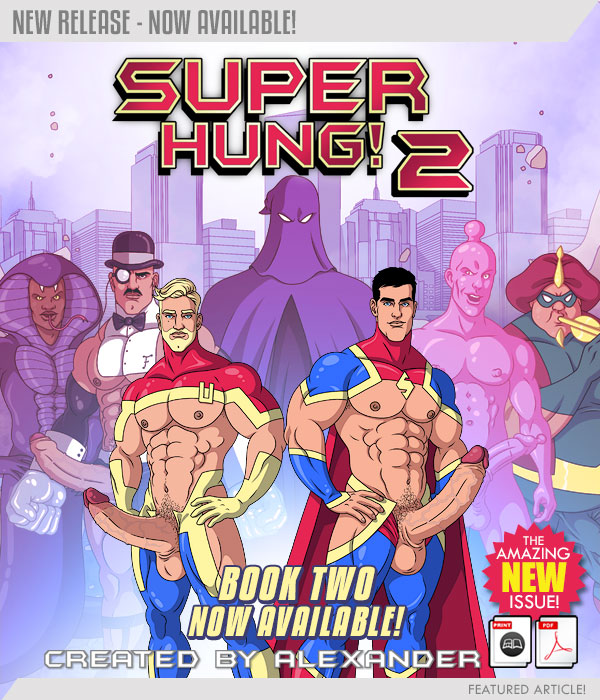 Class Comics is thrilled to announce the release of Super Hung #2 in both Print and Digital editions! It’s the second issue in a four-part comic series written and illustrated by Alexander.

In the midst of the chaos, the city’s handsome hero, SUPER HUNK has his hands full trying to gain control of the situation. Luckily, he’s no longer the only super-powered slab of beef in town.

Enter MEGA HUNK, a bodacious blonde stud muffin eager to lend a helping hand and get the pandemonium under control, and see the no-good-doers back behind bars where they belong.

Naturally, all is not as it seems, and Lewis Loveday, Super Hung’s sweet and sexy love interest will make a startling discovery that could endanger everyone he and Super Hunk love.

The Digital Edition of Super Hung #2 is a 24 page comic with a 13 page gallery. It’s written and illustrated by Alexander, the creator of the Ridehard series, No Place Like D-Wing, and has illustrated many other mini-comics such as Star Crossed #1 and Star Crossed #2. Make sure you’ve read Super Hung #1 first! 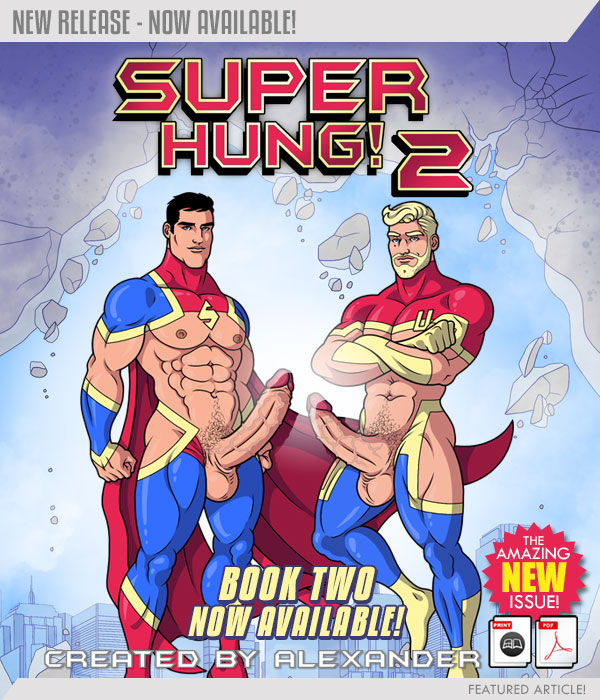 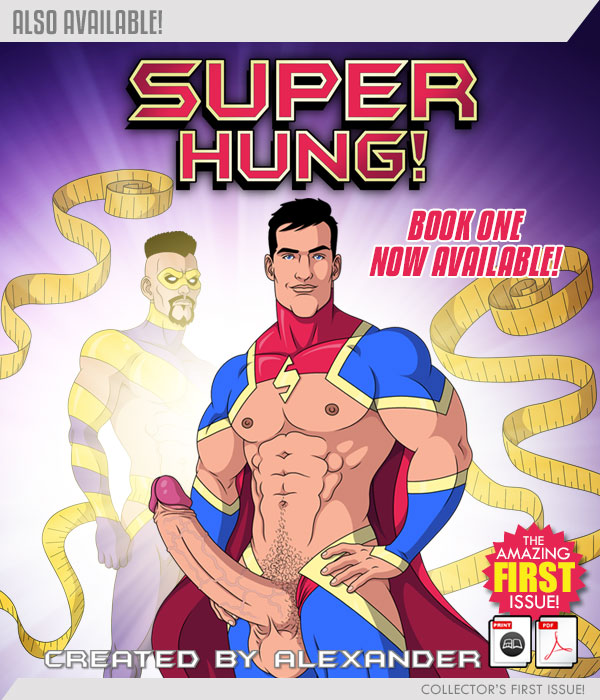 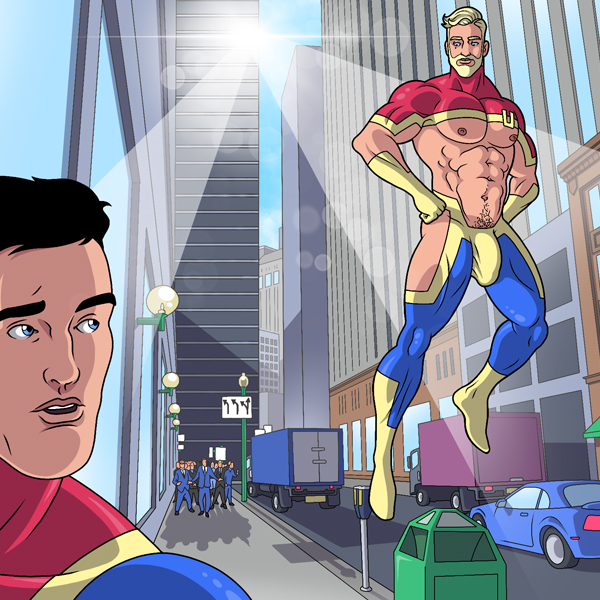 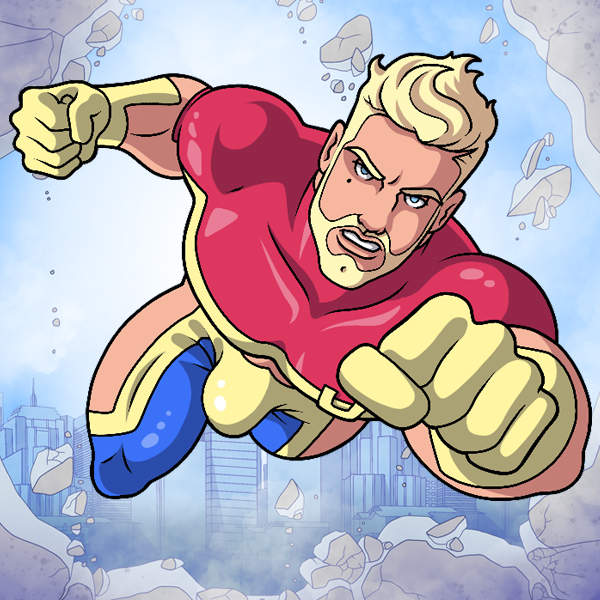 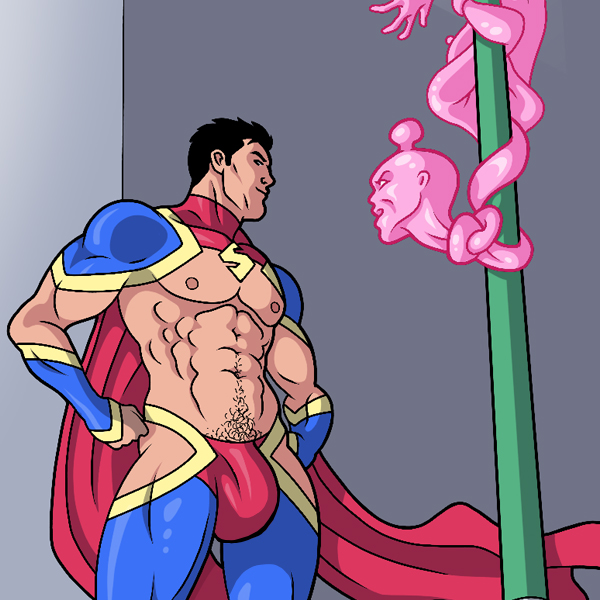 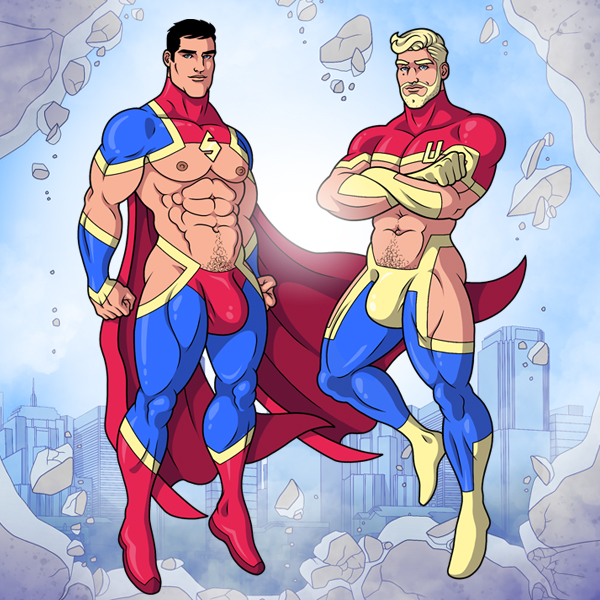