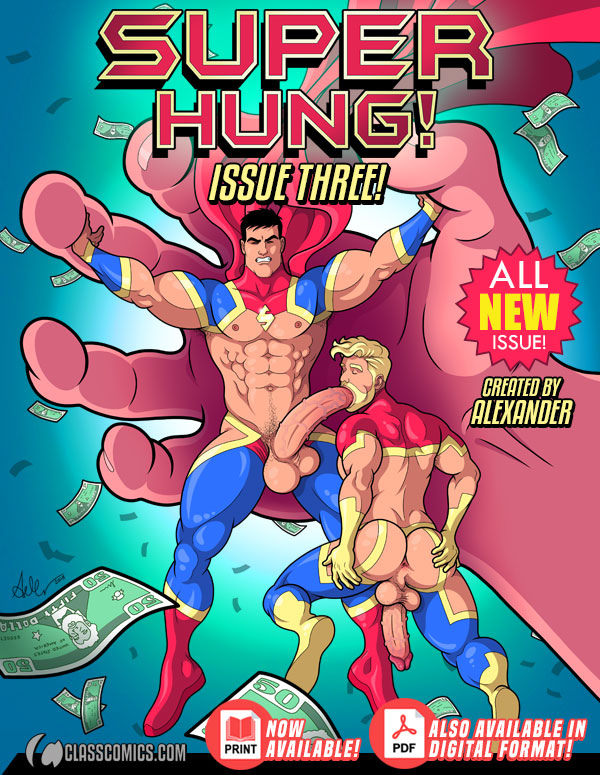 Class Comics is thrilled to announce the release of Super Hung #3 in both Print and Digital editions! It’s the third issue in a four-part comic series written and illustrated by Alexander.

Meanwhile, Lewis, Super Hunk’s handsome boyfriend continues to reel from his bizarrely threatening encounter with Ultra Hunk. He’s desperate to warn Super Hung, but finds it’s impossible to do so since Ultra Hunk has insinuated himself so completely into their lives. Fearing for his own safety, Lewis “goes into hiding”.

As if Super Hunk’s plate wasn’t already full enough, the freakin’ MEASURE MASTER pays him a surprise visit… a visit that will make it hard for our super-powered stud to comfortably sit for the next few weeks.

And still — STILL — the Masked Man continues to toil and assembles a veritable army of super baddies to… to what? Defeat our hero? Turn him over to the dark side? Get the name of his tailor, because let’s face it… the Masked Man could use a snappy costume upgrade! Only time will tell how this epic showdown on the Golden Gate Bridge will go down. 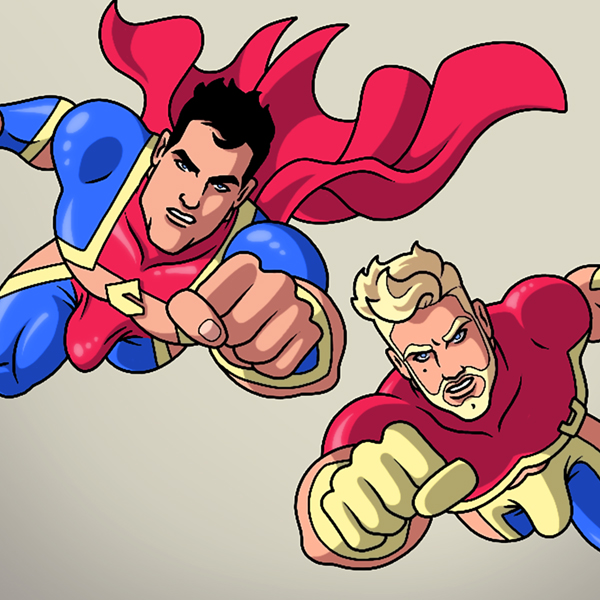 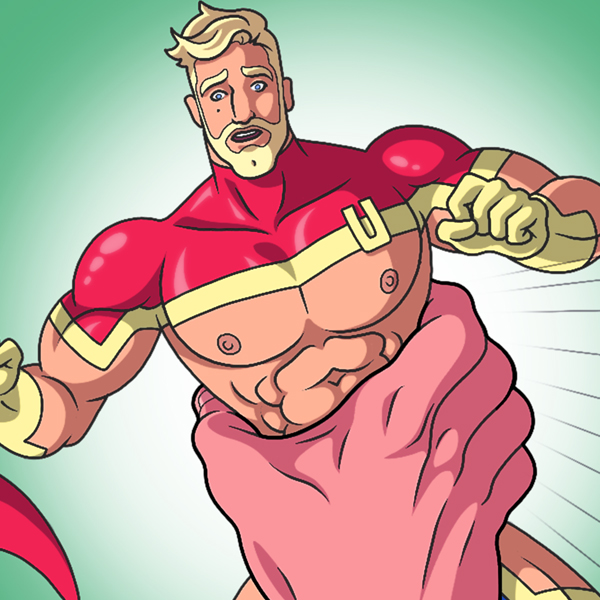